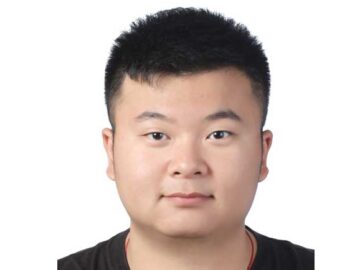 The core of Yufeng`s research is mainly on the antioxidant activity of natural products, especially on polyphenols and β-Carotene. Extraction, separation and evaluating these plant-based chemicals and analysis further transmission and digestion properties. Moreover, cytology, small intestinal epithelial villi cells and retinal cells, is also applied. In the past years, Yufeng has been involved into several groups associated with the field of food science.  Among the research experience, the working stories have also been noticed in food science and biology companies.

Lactoferrin, an iron-binding transferrin, is known for its abundant bioactivity, included antimicrobial

activity; antioxidant activity; anti-inflammatory activity; immunomodulatory properties and anticancer activity. However, through the digestion system, the widely fluctuation of pH and the presence of various pepsin, which may weak and destroy the bioactivity of lactoferrin through changing the functional group of the protein. As this consequence, a widely range of methods have been applied to protect this protein, such as Covalent and non-covalent interactions between lactoferrin and other molecules; Lactoferrin-based nanocarriers for nutraceutical compounds to shelter the functional group especially.

The current research based on the water-in-oil-in-water model to encapsulate the lactoferrin by various materials to protect the bioactivity from the acid and pepsin condition in gastric digestion, which could be controlled released in intestinal position. The encapsulate materials included chitosan, alginate, BSA-Tannic Acid and newly evaluated materials.